Where the past is always present

Starved Rock State Park derives its names from a Native American legend of injustice and retribution. In the 1760s, Pontiac (Chief of the Ottawa tribe) was slain by an Illiniwek while attending a tribal council in southern Illinois. According to the legend, during one of the battles that subsequently occurred to avenge his killing, a band of Illiniwek, under attack by a band of Potawatomi (allies of the Ottawa) sought refuge atop a 125-foot sandstone butte. The Ottawa and Potawatomi surrounded the bluff and held their ground until the hapless Illiniwek died of starvation—giving rise to its name Starved Rock.

In the 1890s, entrepreneurs capitalized on the charm of the natural features along the Illinois River by building the Starved Rock Hotel. It included a dance hall, a concession stand and a natural pool at the base of Starved Rock. Its owner, Ferdinand Walther had purchased the land for $15,000. Walther recognized its potential for development as a resort so he also set up a variety of walkable trails and harbored small boats near the hotel that made trips along the Illinois River. Visitors could also travel by water to nearby Deer Park (modern-day Matthiessen State Park) situated a few miles to the south. The hotel was later torn after Walther struggled to keep the complex economically stable.

During its early years, Starved Rock State Park was directly accessible only by railroad. Visitors had reached Starved Rock by rail and ferry since at least 1904, while the property was still a Walther-run resort. Between 1904 and 1908 more than 160,000 people used the ferry that connected Starved Rock to the electric railway line. In 1912, the year the park was opened to the public, attendance was 75,000. By the 1930s, other state parks were opened in Illinois but Starved Rock State Park remained the most extensively used park in the system.

Starved Rock State Park was purchased in 1911 and totals 2,630 acres. In 1966, Starved Rock State park was named a National Historic Landmark, featuring 14 miles of hiking trails and 18 sandstone canyons (some with seasonal waterfalls).

Starved Rock Lodge and Cabins were designed by Joseph F. Booten and constructed by the Civilian Conservation Corps in the 1930’s. The Lodge and cabins achieved the distinction of being added to the National Register of Historic Places on May 8, 1985. The centerpiece of the Lodge is the Great Hall which features a massive, two-sided fireplace (the largest in Illinois). The limestone is laid in what’s called a Random Ashlar pattern. The 17-acre property includes the Lodge with 69 lodge rooms and 16 cabins (two large cabins separated into four units are just west of the Lodge while the other eight cabins are situated across a steep ravine, known as Fox Canyon). The cabins are constructed of unhewn logs with random corner notches and sit in heavily wooded areas. Within the Lodge, there is also a restaurant, The Back Door Lounge, a Café and a Gift Shop. On its exterior, the Lodge is primarily constructed of Joliet Limestone, unhewed logs, clapboard and wood shingles. Despite the changes through modernization, the Lodge still retains much of the charm its architect intended. 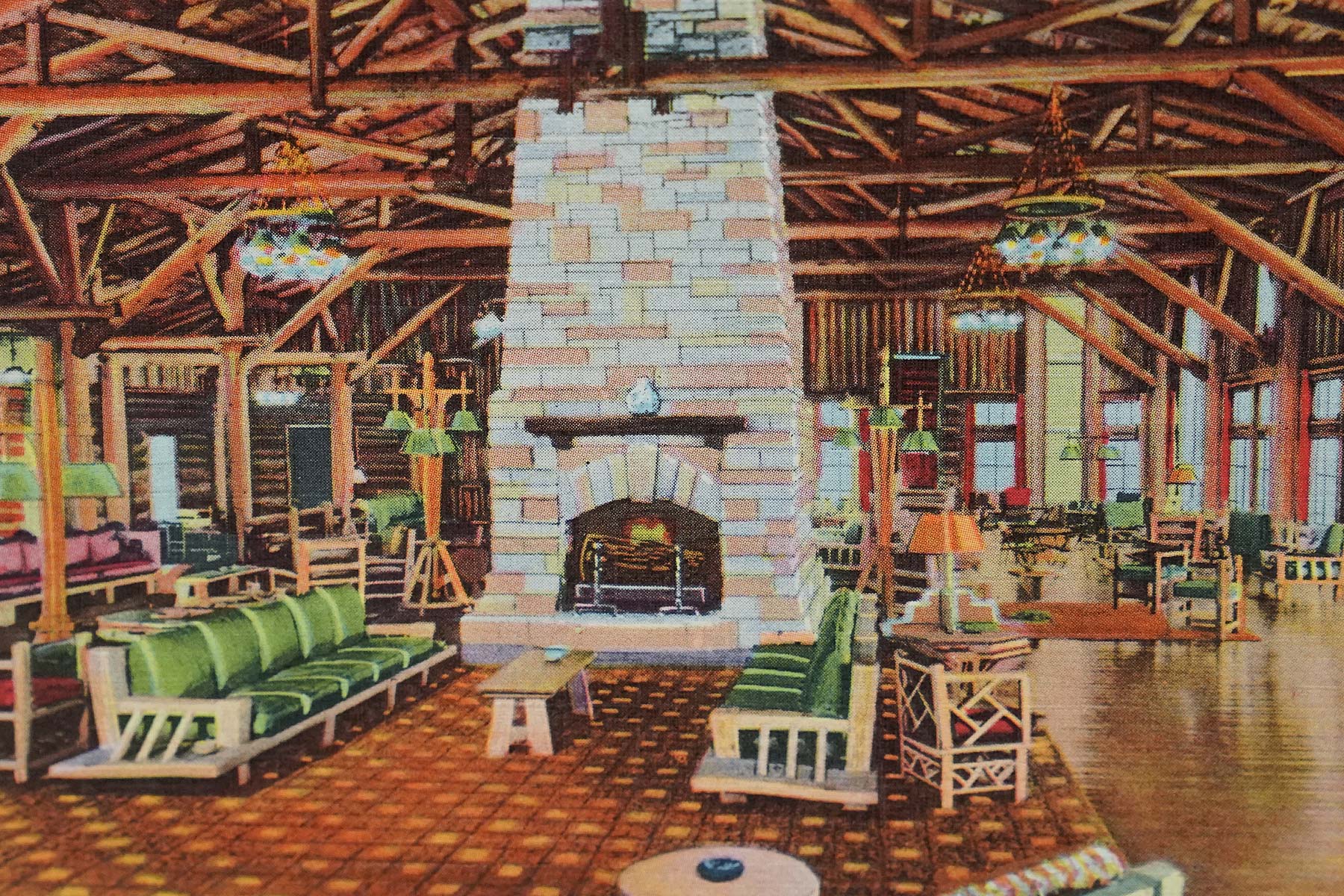 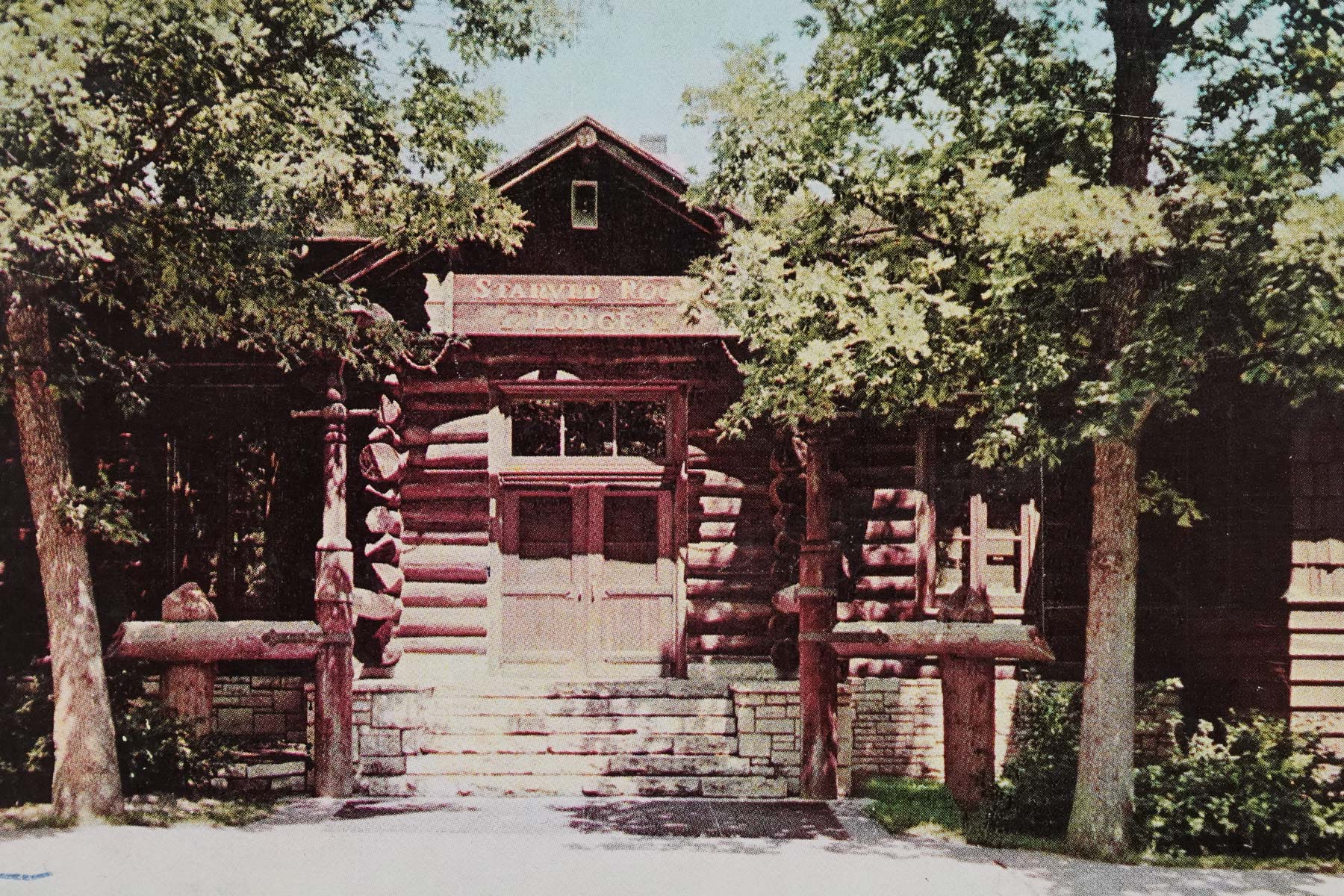 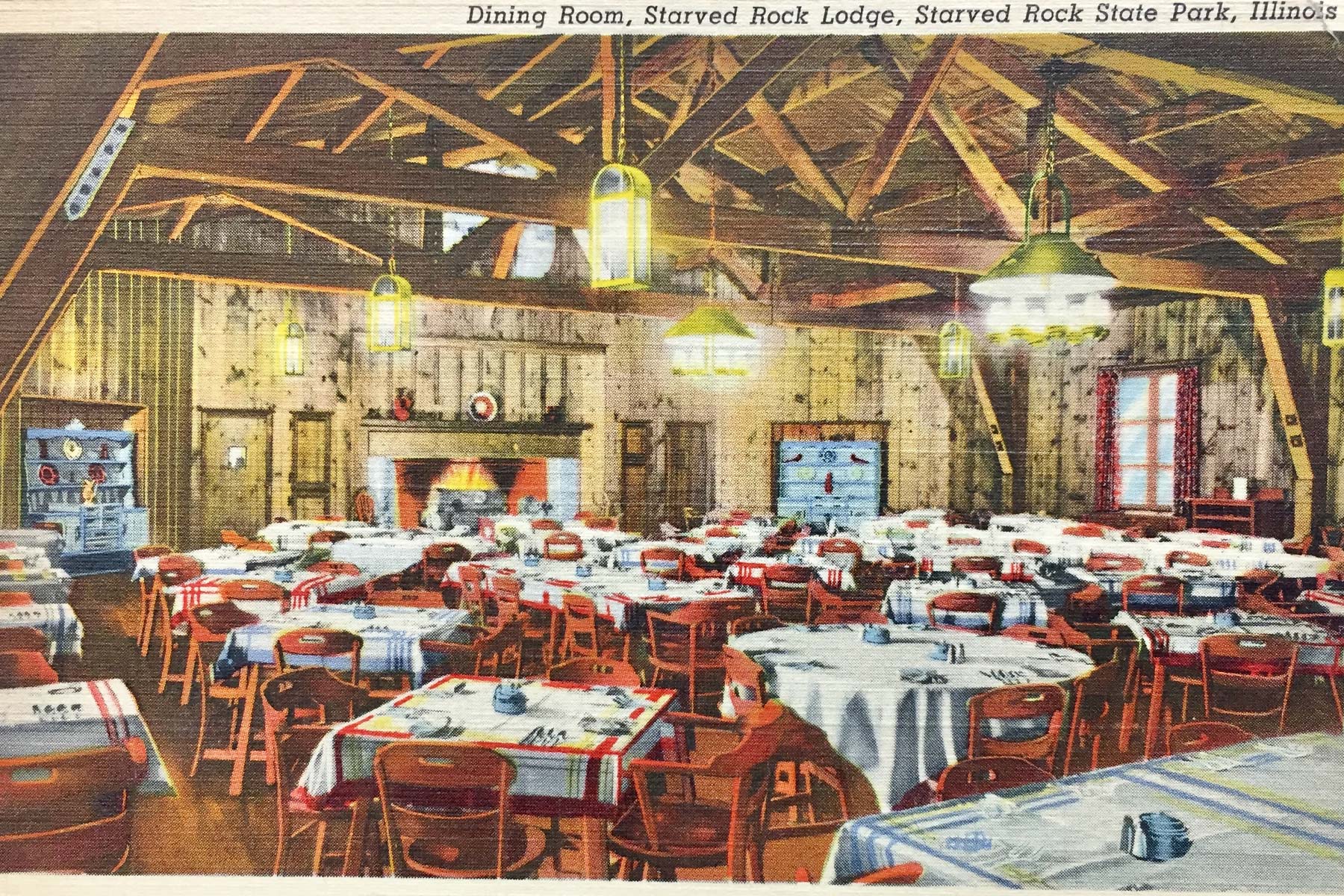 Get Exclusive Deals
by Email

We are using cookies to give you the best experience on our website. You can find out more about which cookies we are using or switch them off in settings.

This website uses cookies so that we can provide you with the best user experience possible. Cookie information is stored in your browser and performs functions such as recognising you when you return to our website and helping our team to understand which sections of the website you find most interesting and useful.

Strictly Necessary Cookie should be enabled at all times so that we can save your preferences for cookie settings.

If you disable this cookie, we will not be able to save your preferences. This means that every time you visit this website you will need to enable or disable cookies again.

This website uses Google Analytics to collect anonymous information such as the number of visitors to the site, and the most popular pages.

Please enable Strictly Necessary Cookies first so that we can save your preferences!